On March 15, we chose the random Website Review Winner for February!  Quite a few reviews were written, and the winner is Bob Welsh, job foreman for Prairie Fire Construction in Newton.  They are building a new housing development behind the Newton Walmart.  We started working with them last July, and are currently servicing their roll off 1-2 times a week.

Bob is such a cheerful and happy man!  When he calls, he always asks the office personnel how their day is going.

He is also so appreciative and impressed when we can do a Dump & Return soon after he calls!  However, he often calls in before he would need it, and is totally fine with having it the next day if we aren’t in Harvey County anymore that day.  The last thing he usually says when he calls in to order something is that Nisly Brothers is awesome, and that Earl and Alex are great drivers!

He reviewed his drivers, and commented about how great they are to work with!  He also talked about Nisly Brothers as a company, and said,

“In all the years I have been in the construction business I have never had a company so dedicated to service. I have made countless phone calls for immediate service and every time they bend over backwards to make it happen. Their drivers are amazing and professional. Wish I could take them to the next project! Thank you Nisly Brothers for awesome service.”

Marvin, one of the owners, called him to let him know the exciting news!  He said “Great! But I’ll tell you what! You keep that $50.00 and buy pizza for everyone there, and flowers for the office ladies!”  This shows how appreciative he is for everyone at Nisly Brothers!

Marvin went to Newton to deliver the $50.00 anyway and to take a picture with him.  However, Bob refused, and said, “Have it go toward the pizza.”

This is just one example of the loyalty our customers show!  There are many stories of other customers that have shown incredible loyalty.  We are so grateful for them, and look forward to serving them for many more years in the future!

We are also looking forward to the pizza party. Thanks Bob! 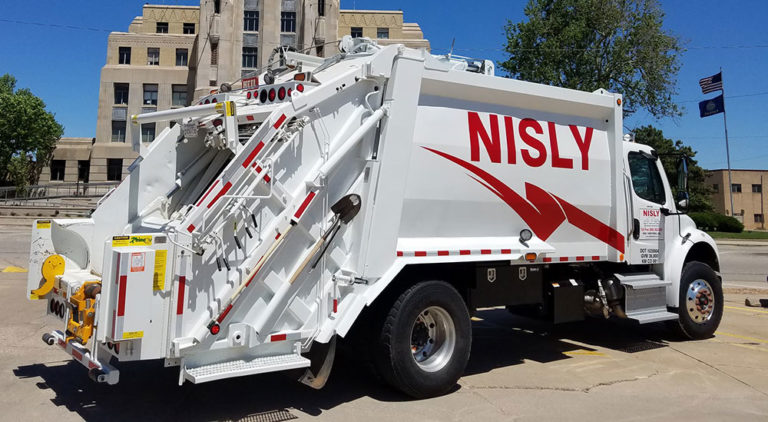